What Are the 3 Types of PCOS? 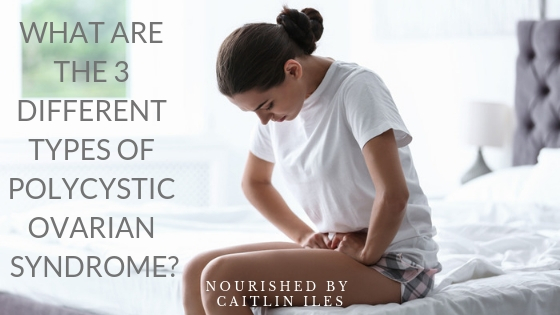 Hello friend! This post is a long one, so I’m going to hop right in! Today we’re looking at the 3 different types of PCOS and the potential contributing factors to each. If you haven’t read Part 1: Intro to PCOS then make sure you head over and check it out before continuing!

There is definitely some overlap in the symptoms and/or causes, which is why it is so important to educate yourself on the different types of hormones at play so that you can compare them with your lifestyle and come up with the most likely cause in your case.

I always recommend working with your doctor or another qualified health care practitioner when it comes to figuring out the best approach to healing. So without further, ado let’s dive in!

As mentioned in the first part of this series, Stefani Ruper states in her book PCOS Unlocked: The Manual, that the medical profession is predisposed to treat PCOS as a condition with one cause and one effect due to the majority of the women presenting the same hormone profile (11).

However, she states that there are three major causes of PCOS that may influence one another and which necessitate an individualized approach to treatment, much like I do with my clients!

What Are The 3 Types of PCOS?

Caused by insulin resistance and seen typically in overweight patients. This type is the focus of the medical community and may consist of 60-75% of the total PCOS population (Ruper 11).

Caused by metabolic, physical, or psychological stress, which affects the HPA (hypothalamus-pituitary-adrenal) axis and leads to disregulation of hormonal balance. It is thought that this type affects approximately 25% of the PCOS population (Ruper 11).

Usually “these phenomena lead to the menstrual disorder hypothalamic amenorrhea[, but] in some women cystic ovaries develop, giving them PCOS instead” (Ruper 24).

The biochemical nature of these women’s stress responses combined with a degree of metabolic damage, such as insulin resistance, which they have accrued in the past “is what combines with hypothalamic amenorrhea and PCOS in this specific population” (Ruper 24) of PCOS sufferers.

Occurs in conjunction with hypothyroid conditions in women and can have significant overlap with the other two types of PCOS.

Due to the varying causes of PCOS, Ruper (13) recommends that individuals who suspect they have the condition should have the following hormones tested, depending on which type they believe they have:

What are the Contributing Causes of PCOS?

The major cause of this type of PCOS is diet-related as it is most commonly associated with excessive carbohydrate or sugar intake leading to hyper-insulinemia, an excessive production of insulin, or impaired glucose metabolism (Vanderhaeghe 105).

Too many calories, sweets, and toxic foods typically found in the Standard American Diet break the body’s metabolism and cause insulin signalling mechanisms to start having problems (Ruper 22).

High levels of insulin directly stimulate the ovaries to produce testosterone (Ruper 22). The following imbalance between the female and male sex hormones in the body prevents proper communication between the ovaries and the pituitary gland causing irregular menstrual cycles (Ruper 22).

Another contributing cause of high insulin in the blood is stress. Stress causes the adrenal glands to release cortisol, a hormone which stimulates the release of sugar into the blood stream in order to help the body deal with the perceived stressor (Jensen 19).

The increase in blood sugar levels puts extra strain on the pancreas to produce more insulin to deal with the increase. As more insulin is secreted the cells become resistant to it and require more insulin to shuttle the glucose into the cells (Jensen 19). Systemic inflammation is also a contributing cause of insulin resistance (Ruper 17).

Other exciting causes that connect more with the emotional body (if you’re interested in that kind of thing!) associated with symptoms such as amenorrhea, dysmenorrhea, menstrual, and female problems according to Louise Hay include:

There is a genetic or hereditary component to PCOS, in that 20% of mothers and 40% of sisters of individuals diagnosed with the condition exhibit some of the symptoms themselves (Vanderhaeghe 104).

As such, women who have family members diagnosed with PCOS should follow the appropriate diet and lifestyle recommendations that I will be highlighting in more detail in future posts, but which include: Low GI diet, appropriate stress management, physical activity, support of adrenals or thyroid if they are of concern, and weight management.

In this type of PCOS diet may play a role due to the lack of nutrients being consumed, excessive fasting, or chronic restriction of a specific macronutrient (Ruper 24).

The role diet plays in Type 2 PCOS is more due to the stress response elicited by the chronic restrictions these women may be placing themselves under to maintain or achieve a desirable body weight.

This type of PCOS is less common and so is also less studied than Type 1, so often underweight patients may be told by doctors that in order to treat their condition they have to lose weight (Ruper 15), a strategy that, for obvious reasons, is unlikely to be beneficial to the women.

The major cause of this type of PCOS is attributed to the stress response in the body caused by either emotional, physical, psychological, or metabolic stress.

As mentioned above calorie, micro- or macro-nutrient restriction may be a significant causative factor in the development of PCOS. Fat cells secrete estrogen, so when a woman loses an excessive amount of weight her estrogen levels drop signalling the hypothalamus that energy stores are too low to support fertility (Ruper 28-9).

This signal will typically only happen if a woman’s estrogen drops below her “set point,” which is dependent on each individual’s development, size, and hormone environment throughout puberty (Ruper 29).

Normal, healthy weight loss done slowly and taken only to a healthy degree of body fat loss will not cause this stress response in the hypothalamus.

Fatigue and stress caused by the dietary restrictions above, excessive exercise, or high levels of psychological stress can overstress the hypothalamus and lead to the depression of hormones mentioned above, amenorrhea, and the development of cystic ovaries if testosterone levels remain relatively high (Ruper 26-7).

Women who are psychologically stressed out typically present with high adrenal function leading to high DHEA-S and testosterone output, and low pituitary function, which leads to a lowering of the female sex hormones outlined above (Ruper 30).

Stress turns off pituitary activity via the hypothalamus, leading to a decrease in FSH and LH, which in turn decreased estrogen and progesterone (Ruper 30).

Increased adrenal function may cause an increased production of cortisol, which, as was mentioned above, increases blood sugar and insulin levels.

DHEA-S production can also be increased if the adrenals are hyperactive. This overproduction may be a problem because this hormone is classically a male sex hormone and it plays a similar role to testosterone in PCOS (Ruper 30). In excess it: blocks estrogen signalling, interferes with LH and FSH signalling, and increases hormonal acne (Ruper 30).

According to Louise Hay some emotional contributing causes of Type 2 PCOS may be attributed to the following issues:

Severely limited carbohydrate intake or calorie restricted diets can cause hypothyroidism because low intake/restricted calorie diets cause the thyroid to respond by slowing down its function to preserve energy throughout the body.

Low carbohydrate diets can also impair the conversion of T4 to T3 in the liver because glucose is required for this action to take place (Ruper 36).

If Hashimoto’s thyroiditis is suspected, gut health should be assessed and food allergies determined, as they often play a role in autoimmune conditions.

Poor sleep, inflammation, and stress also cause decreased thyroid function and can lead to type 3 PCOS. As mentioned above, it is often seen in conjunction with either type 1 or type 2 PCOS.

So there you have it friend. Another deep dive into the world of Polycystic Ovarian Syndrome.

These different categories of PCOS aren’t always fully recognized in the medical community, which is why it is so important for you to be educated on your hormones, your stress levels, and your risk factors so that you can take an active role in your healing process. 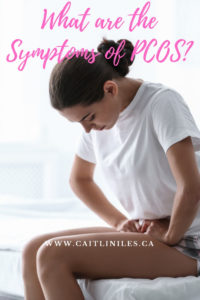 What Are Symptoms of PCOS_